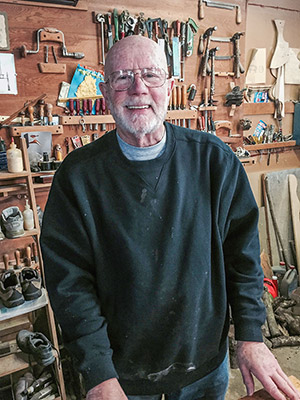 Dick Shanley’s graceful, exquisitely modeled sculptures are inspired by the human form. Shanley, who first became known for his sculptural furniture, turned to making sculpture in 1977, after a meeting with Henry Moore. Indeed, it is the art of Henry Moore, Alexander Archipenko, Jean Arp, Constantin Brancusi, and Alberto Giacometti, the elegant simplicity of their forms, that informs his sculpture.

An avid fan of dance, he holds a subscription to the New York City Ballet, which he describes as “soul food.” It is the sensuous grace, dynamic motion, and rhythm of dance that he seeks to express in his swooping, curvilinear forms. The walls of his studio are covered with newspaper clippings related to the world of dance: photos of George Balanchine, celebrated dancers, even the occasional shot of a performer caught mid-gesture. All serve as inspiration.

Shanley begins his process with hastily executed preparatory drawings, which then lead to two-dimensional templates. He thinks, however, three-dimensionally, and quickly moves on to the laminated birch that he imports from Finland; by building up sections of wood, he eventually acquires a large enough piece to work with. The layers of laminate impart a wonderful striped effect to each sculpture.

Shanley strives not for anatomical accuracy, but for a sense of pleasing proportion. He enjoys pushing his sculptures to achieve improbably thin passages between sensually swelling forms and extended limbs. Many of his wood sculptures serve as the basis for works in bronze, produced in limited editions, but the wood pieces, joyous celebrations of life, are complete entities in and of themselves. Having exhibited extensively for years in the Northeast, he currently shows his work regularly in Switzerland and Germany.

Articles from the New York Times 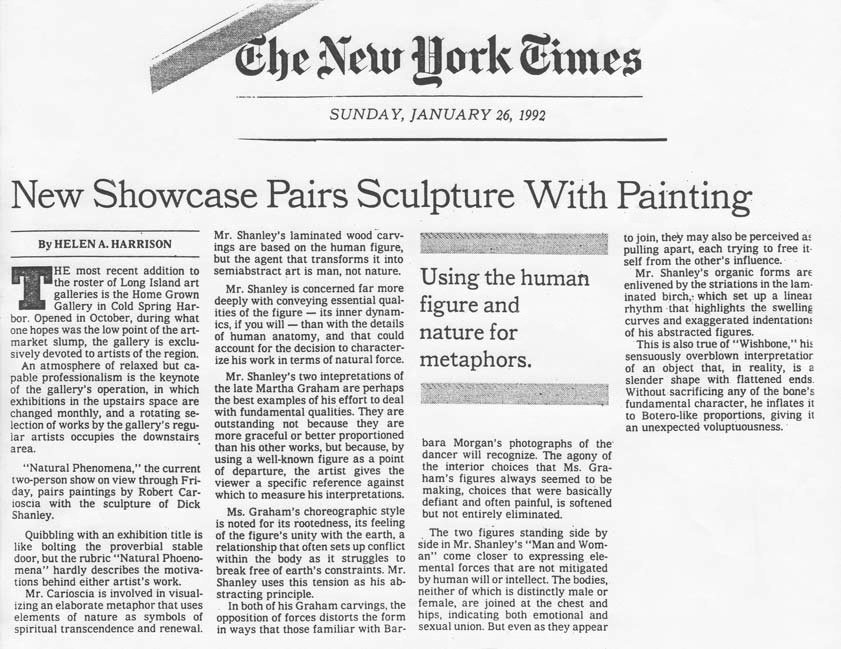